Welcome to UKCountryFairs.co.uk 2016 - a guide to Country Fairs, Point-to-Points, Country Shows & Game Fairs in the UK.

Here are just some of the country fairs in the UK in 2016:

Andoversford is home to the Cotswold Point-to-Point races. Come to see competitive and entertaining racing and enjoy a quintessentially British afternoons entertainment.

Celebrating British field sports and country life, The Game Fair boasts a comprehensive itinerary for the whole family, including gundog handling, clay shooting, archery, fishing, falconry and ferreting. Visitors can also enjoy a host of food, drink and shopping stalls as well as outdoor activities including off-road driving and kayaking. Ensuring there is something for everyone!

A boutique Summer Festival in the heart of Lewes featuring a mix of artisan food and drink, street food and pop up bars alongside amazing outdoors, homewares and country lifestyle stands. Wonderful live music, entertainment, activities and fun for all the family.

This charity dog show will feature over 25 classes, novelty and pedigree, with prizes awarded in 1-5 places. No pre-registration is needed. The day will also feature stalls, food, a tombola, cash bar, goodie bags for the first 50 registrants, free parking and free admission..

The "Ripley Event" has been going since Mediaeval Times and is held on a Saturday afternoon on Ripley Green. It has the reputation of being the Best FREE Family Fun Day held in Surrey; coming with both FREE Entry and FREE Car Parking. The Show boasts Ring Entertainment for all ages and features the Summerscales Performing Arts Troupe. There is also an excellent Classic Vehicle DIsplay of over 150 Vehicles, a Companion Dog Show, numerous stalls, activities for the younger children and an excellent Tea Tent with music near by.

The annual Rye COuntry Fair horse & dog show will be in aid of St Michaels Hospice.

The Speen Festival is a celebration of local musical, artistic, theatrical and outdoor talent.

The Worcester Show is still free and has even more competition classes in the Floral, Cakes & Preserves and Handicraft sections, with many more in the Children/Family/Big Kids categories.


Vehicle Card Holders - advertise your business or event on your car: 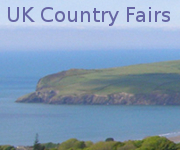